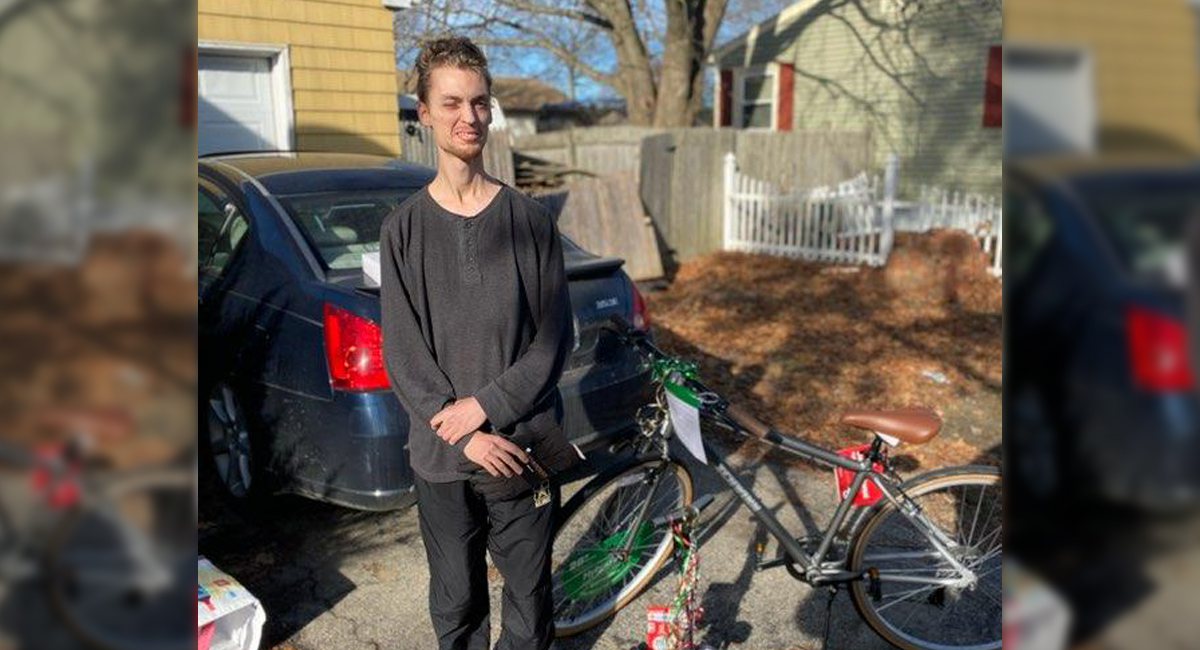 Cycling Towards the Future with Derrick's New Wheels


Between the days of biting winter cold, there comes an occasional flash of warmth--a break from the freezing temperatures, a promise of spring. It's days like this that getting outside and exploring are worth it for the nature-loving crowd, enjoying sunny skies and gentle breezes. And for Derrick, who loves a nature trip out and getting around on a bike, the days of consistently warm weather can't come soon enough, especially with his recent gift from Skills for Rhode Island's Future: a brand new bicycle!

As an avid outdoorsman, and an individual with a love of all things ROTC, Derrick is certainly no stranger to adventure. In the spring and summer, he enjoys nature walks through local Rhode Island nature parks, rides on the bike paths, and trips to the beach--all places where he can soak up the local New England beauty while staying active. After moving to Rhode Island in 2014 to be closer to family, he's had plenty of time to explore various local areas on his old bike, and he'd glide through the neighborhood for trips to the store and the library--but with so much use, it eventually began to break down.

"I'd fix it as much as I could," Derrick says, "just enough to keep it running. But after a while, there wasn't much I could do for it. It just wasn't fixable anymore."

Since that time, the winter settled in, bringing shorter days full of face-stinging cold. Derrick spent time with his family as the year started coming to a close--and for the holidays, he was completely surprised with the gift of a brand new bike, courtesy of Skills. The classic, sleek style is one that'll get Derrick back out on the road again with a smile on his face, especially as he gets on the road to continue his job hunt for local retail opportunities in his area. After completing his employment with Burlington Coat Factory, where he unloaded merchandise from incoming trucks, Derrick is looking for the next step in his employment journey, and a new bike will make it that much easier for him to travel to new places while keeping fit.

"I didn't expect it at all," Derrick says, "but I really like the bike; I'm happy to have gotten something like this. I'm looking forward to biking again when it gets warmer."

While the winter months still have their fair share of colder days, Derrick's keeping himself busy with other fun hobbies: namely hanging out at home playing new video games, catching movies, and watching his favorite TV programs. He loves all games that pose a challenge and seem interesting, and he does his research into new media that he thinks would be interesting, watching trailers, playthroughs, and reviews before deciding. Derrick also participates in a variety of local experiences, such as Brown University's PAL program, where he studied the functions of the U.S. Army with his tutor, who was involved with her school's ROTC program. And with January passing us by and the rest of 2020 rolling in, Derrick already has his plans for the year drawn up.

"I want to get out more and make more friends," he says with a smile. "I'm also hoping to do more volunteering work, be a part of the Special Olympics this year--and get out to the beach and parks more."

With Skills for RI's Future's generous gift, those goals are well within sight! He's continuing the year with a bright outlook as he continues to work towards the things that matter to him: friends, community, and a job he loves. A big thank you to Skills for their generosity, and many well wishes to Derrick as he continues on in the year ahead!
Designed for Efficiency: Jared's Personalized Workflow at Apple Cinemas
Changing the Game in Rhode Island's American Sign Language Interpreting Services
Journeying Through Customized Employment: Two Years of PCSEPP
Forging the Future in Shared Living Arrangements: Yankee's Journey
Seeking the Space to Be Ourselves: Josh's SLA Journey