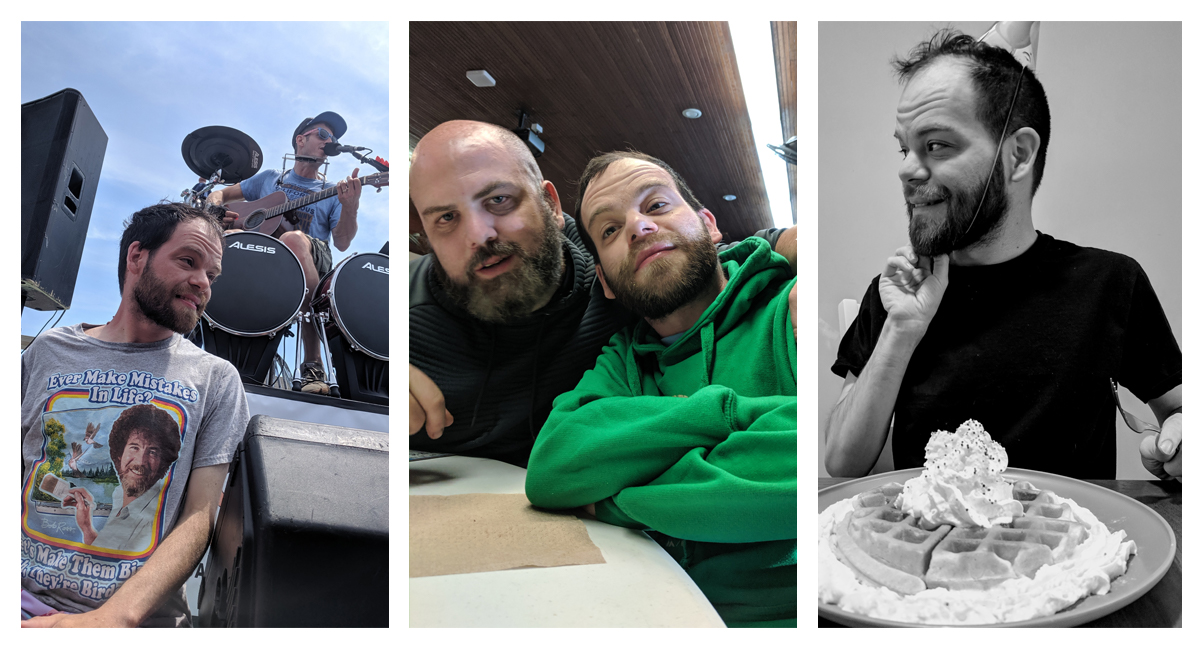 A New Leaf in Shared Living Arrangements: Josh and the Rileys

With his face hidden behind his hands, Josh laughs. He's standing in the game room with his home provider, Patrick Riley, as well as Service Coordinator Cara Riley and their daughter Emily; together, the family calls out for Josh, who grins as he peers at them from behind his hands. It's a sunny Tuesday afternoon in Richmond, and the Riley household is back together after a day of work; they're able to enjoy each other's company and play games with Josh, like hide and seek, as they wind down for another fun summer evening.

Since last November, Josh has been a part of the Riley household through Shared Living Arrangements (SLA) services, and he's become a true member of the family. Before living in Richmond, with the Arcadia Management Area nearby and a yard full of chickens, Josh lived with a different family and home provider. However, with his previous home provider's sudden passing, Josh found himself looking for a new place to call home--and the Rileys, who have long been interested in participating in SLA work and knew Josh already, originally took him on as a temporary guest in their home. However, after having Josh with them for a while, their friendship deepened; the temporary stay became a permanent one.

"It's like when you snap a puzzle piece together, and you realize, 'oh, that was always meant to be there,' Cara says. "Josh just blended in so well with us that we knew he wasn't going anywhere." 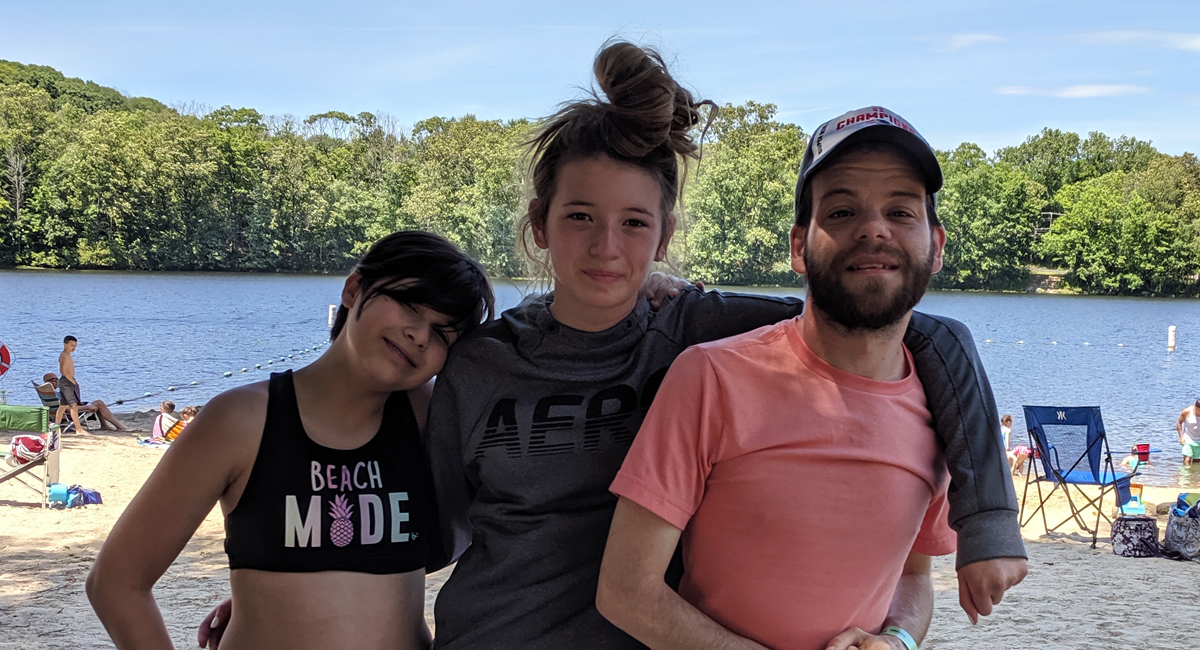 Since Josh's joining the household, the family has had no shortage of adventures. At his old home, he enjoyed feeding his previous provider's chickens, and the Rileys decided to get chickens of their own so Josh could continue an activity he loved. As well, they've taken him on various trips--from camping to water parks, with a trip to Universal Studios coming up--to broaden his comfort zone and explore new things to do. Each time, Josh has met the challenge head-on and discovered something new about himself--and what he loves to do.

On every outing, Josh goes with the flow and makes the most of wherever he is--all while raising the spirits of everyone he meets. Wherever Josh goes, he makes new friends with ease, and he never fails to put a smile on everyone's face; it doesn't take long before everyone knows his name. Josh is fearless, too. With Patrick, who he trusts deeply, Josh learned to swim at Yawgoo and went from never entering a pool before to jumping into the deep end, right into Patrick's arms.

"He absolutely loved it," Patrick says. "It was amazing, seeing how much fun he had."

Along with Cara, Patrick, and the chickens, Josh loves spending time with Emily, Lauren, and the family's two cats, as well. Emily is a gymnast, and Josh loves watching her practice her routines and supporting her at competitions. They love spending time together, whether outside by the fire pit teaching him to roast marshmallows and hot dogs, sitting with him while he watches wrestling, or taking selfies together. Overall, when asked how he feels about living with the Rileys, Josh signs that it makes him feel happy.

"We struck gold with Josh," Patrick says. "He fits so organically with us, and he's so uplifting; he makes us all so happy. Even when we're having a bad day, hearing him laugh and hanging out with him makes it all just go away. We're so lucky to have him with us."

Their home, which was once a Perspectives residential home that the agency now rents to Patrick as an SLA provider, is a place where the whole family not only lives, but thrives together. The Rileys have wanted to participate in SLA for some time, and after the move to Richmond and Josh's decision to stay, daily life has been a constant joy. Their SLA experience continues to be a fantastic one--and with it comes a lifestyle that encourages adventure, fun, and an incredible kinship between them all!

If you or someone you know is interested in becoming a home provider, you can reach out to Senior Director Nancy Lewis-Oliver at nlewis-oliver@perspectivescorporation.com!