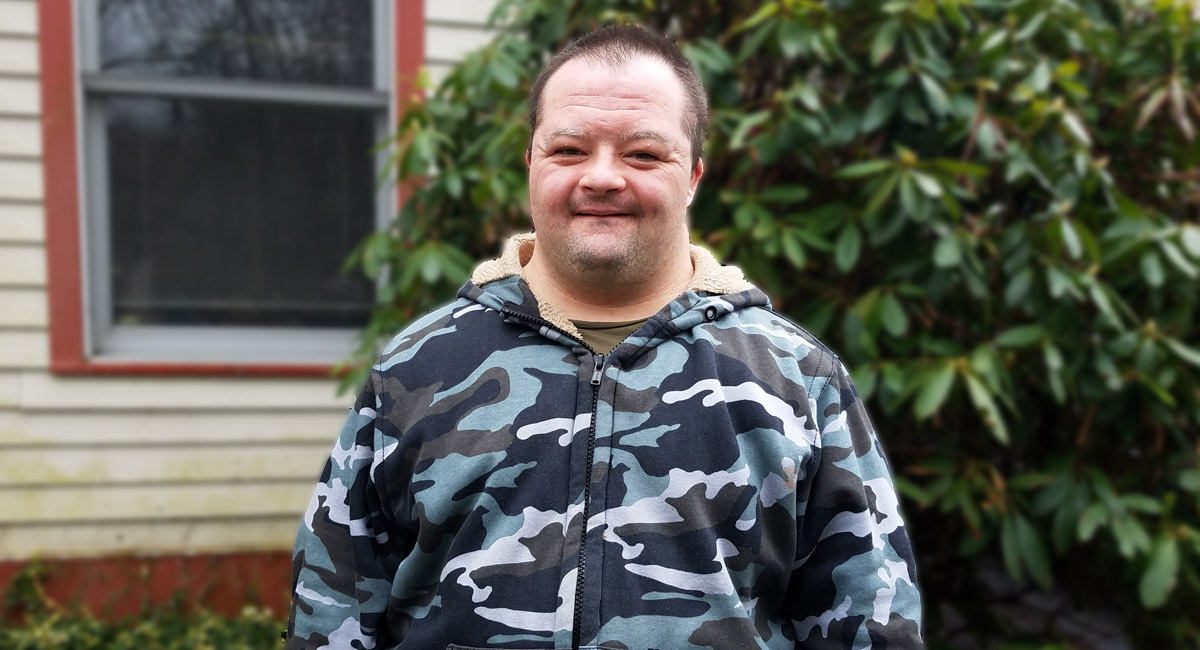 
"Two heads are better than one," the saying goes--and for good reason. Where there's a lot of work to do and important decisions to make, a team of responsible and thoughtful leaders is always a powerful asset. For Perspectives on Self Advocacy, with the group's growth and plans for the future, there's no better person to provide that second perspective than Second Vice President Brendan!

Since the group's beginnings in 2015, Brendan has been a part of the crew--attending meetings, learning about new ways to get politically and socially active, and discussing serious topics with the friends that invited him aboard. And in that time, he's risen in the ranks of the Board: from a member to an officer to the Second Vice President. In this role, Brendan works side-by-side with Vice President Carlton to organize meetings and pitch new ideas.

"My favorite part of the meetings is definitely working with Beth," says Brendan. "She's an awesome leader."

Along with his work at the Board meetings, Brendan also helps move the group's initiatives forward. He's taken the steps to get the legal paperwork necessary for Perspectives on Self Advocacy to become a 501(c)(3) organization, which will allow the group to fundraise. Along with that, Brendan has also gone through the steps to organize a tour to the Rhode Island State House for the other members so that they can learn more about local politics.

But when Brendan isn't working with the other Board members, he's out enjoying his day to day activities, like weight training for the Special Olympics and adventuring to all sorts of places across the state with his friends. Brendan's also a huge fan of music, especially classics like the Beatles, and he plans to go to Cleveland's Rock n' Roll Hall of Fame.

With his confidence always growing and bringing him to try new things, Brendan credits Perspectives on Self Advocacy for showing him new ways to speak up for himself and make decisions about how he wants to live his life. Speaking his mind has also become easier, and his friends value his opinions when he's at group meetings. However, he hasn't just been the student; the lessons he learns with this group, he takes with him to bring to others, too.

"I like to advocate for others, too," notes Brendan, "and I like to be there for people. When others confide in me, I like being able to give them advice and show them how to be more confident, too."

Brendan's fierce commitment to the group means he never misses a meeting. He plans to stay with Perspectives on Self Advocacy long-term, bringing his ideas and actions to the table for the benefit of all his friends there. With such fantastic leadership, the group is certainly in good hands--and always looking for new members!

If you're interested in joining a self-advocacy group, reach out to Senior Director Christine Hathaway at chathaway@perspectivescorporation.com to learn more about Perspectives on Self Advocacy!

Eliza's Journey to a New Place to Call Home - And How You Can Help
Security, Community, and a Flourishing Career - All From One Spontaneous Decision
Bringing the ADA to the Classroom in URI's Honors Colloquium
How PCSEPP's Discovery Process Paves the Way for Dave's Success
How Small Actions Make a Big Impact Against Loneliness
© 2017 Perspectives Corporation
HOME CAREERS SERVICES ABOUT SIGN LANGUAGE BLOG COVID-19 CONTACT  SIGN IN